Bonsai for balcony gardens – tips for maintenance and

This is the last in the ‘Introduction to Bonsai’ series from Chris Xepapas at Heritage Bonsai. He refers to the importance of the root structure in bonsai – not only from a horticultural perspective, but also because the visible root structure is a vital aspect of the appearance of a good bonsai – with no visible roots it will look a bit like a totem pole rather than a miniature tree. The roots should be radially spaced around the trunk and those at the front should be particularly pleasing in appearance. 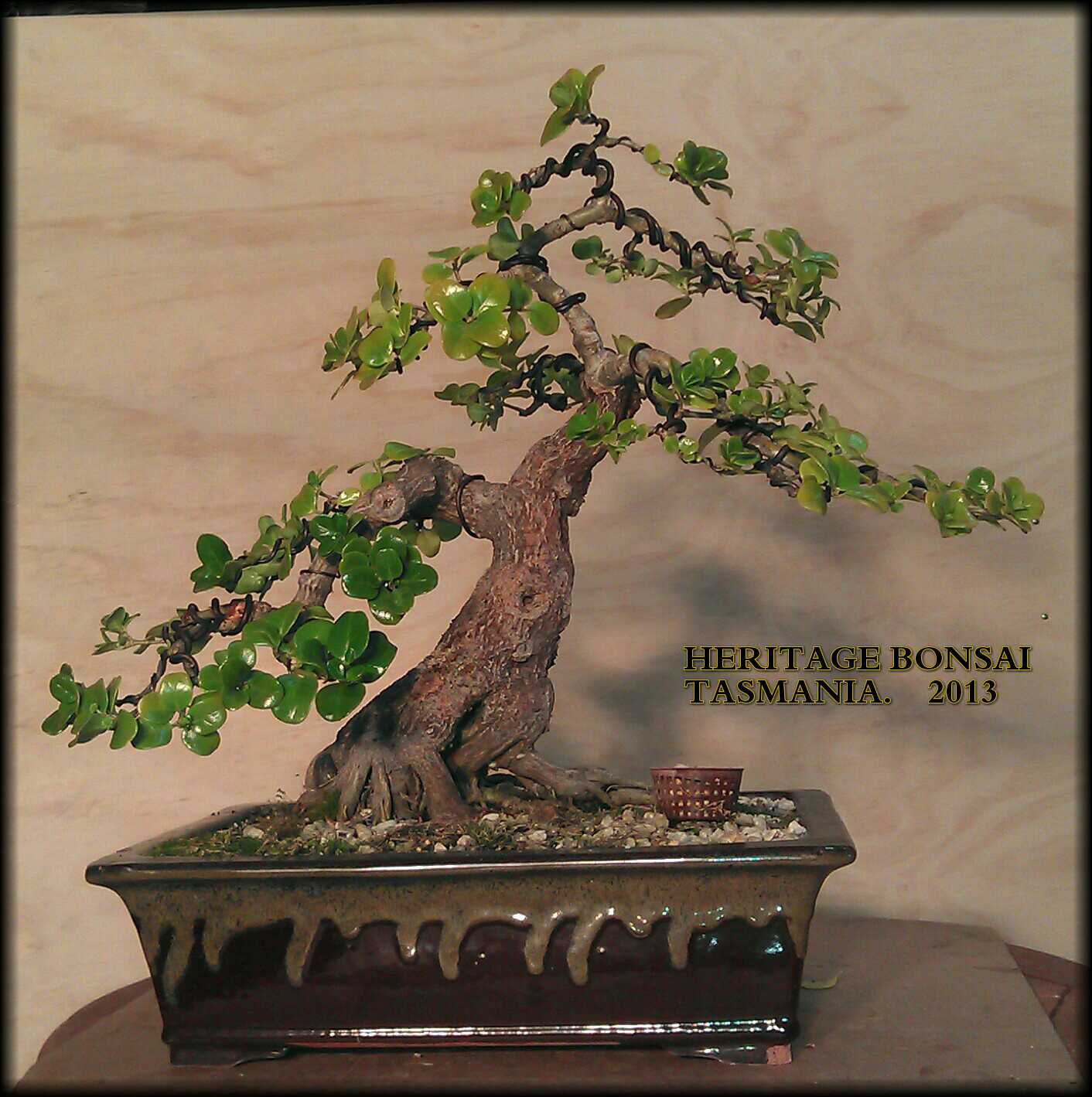 In this blog we will address the most over looked topic, root development. The key to a good bonsai is a healthy root system; it allows you to experiment with more daring techniques, while helping your tree cope with the stress. It is also important to have a good looking surface root structure to enhance the appearance of your bonsai.

Whether growing a tree from seed or from a cutting, you need to develop a good root structure from the beginning. A coarse aggregate should be used in the soil mix to promote duplication of the root system, thus creating fibrous rather than long thick roots. The soil mix also has to be well drained but retain enough moisture to keep the plant healthy.

When re-potting your bonsai or developing tree, remove all thick heavy roots making sure you have left enough finer roots to compensate. Some heavily pot bound trees will take several root prunes over a number of years before all larger roots can be removed. Quite frequently you will come across root spiraling on a tree, with masses of roots wrapped around the root ball. This mess must be cut off to proceed. It may seem quite savage, but if the tree looks healthy above ground, then it should survive the process.

How often do I re-pot a bonsai?

The rule of thumb is that the older a bonsai is the less frequent you re-pot. A bonsai that is 10 years old may need re-potting every 3 years where a bonsai that is 25 years old will be re-potted every 5-6 years. If you are fortunate enough to own a bonsai 50 years old or over, you will only need to re-pot it every 8 years. Make sure that a large size mesh is used in your bonsai pot to cover the holes, not fly screen. Remember that drainage is extremely important, so don’t forget to have a layer of larger rock at the bottom of your pot.

The soil mix required depends on the species of tree and its needs. The general mix used is 40% organic (decomposed pine bark is often used ), 30% peat and 30% coarse aggregate – such as sifted propagation sand. When potting a pine which needs drier conditions, I would use 60% coarse aggregate 20% peat and 20% organic. Try keep the particle size down, with no large pieces of bark or rock. In Japan and other parts of the world, they use a specially prepared clay called Alkamada. This is used with no other additives, only the particle size will vary for different size trees. Because of quarantine laws, it is very hard to import this product and it’s also not very cost effective.