Our Cedar Sheds are made to order, here in Australia, the manufacturing lead time is 3-4+ weeks depending on time of year, our busy time is October to February so production takes approx 4+ weeks at that time.

Customer feedback regarding our product quality has been excellent and we are determined to make a real commitment to meeting manufacturing and delivery deadlines. A 10-year factory backed warranty and the proven longevity of western red cedar in outdoor cladding situations, as well as their good looks and overall strength, make a compelling case..

Our Timber garden sheds give you an attractive option to consider for your outdoor storage requirements. Garden sheds have always been a useful outside storage solution – now they can be a feature as well!

We also now have a range of larger backyard Cabins and Studios.

Expand for more info about Cedar and our Cedar Sheds 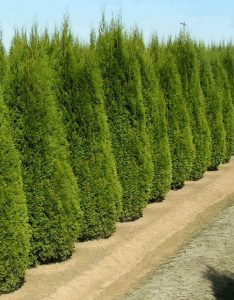 Western Red Cedar is highly durable and dimensionally stable, making it ideal for a wooden garden shed. It has an excellent insulation value – the highest of commonly used softwoods. It is classified as ‘very resistant to decay’ and is rated alongside Australian timbers such as Jarrah and Red Gum in terms of durability. Inground stake tests in northern Queensland have indicated that it has a very high resistance to termite attack. Its dimensional stability reflects in the minimal movement and distortion caused by changing moisture content of the air – in fact, it has the best stability rating of any commercially used timber in Australia.

Western Red Cedar (Thuja Plicata) grows on the west coast of Canada in British Columbia, and in the coastal area of Washington State in USA, where it reaches heights of 45 – 60 metres. Although it is not botanically related to the Californian Redwood, it does have many similar properties. The Redwood however is much more expensive and would not normally be used for external cladding in Australia.

The harvesting of Western Red Cedar in British Columbia is closely controlled and monitored. Much of the Cedar growing along the coastal region is actually in parks and protected areas, and consequently is not commercially accessible. There are areas designated as “working forests” from which the timber is taken, and this, along with “second growth” timber which is coming on stream contributes to the approximately 6 million cubic metres harvested annually. This amount has been determined to be sustainable in the long term.

Your Information is not shared with any third party.